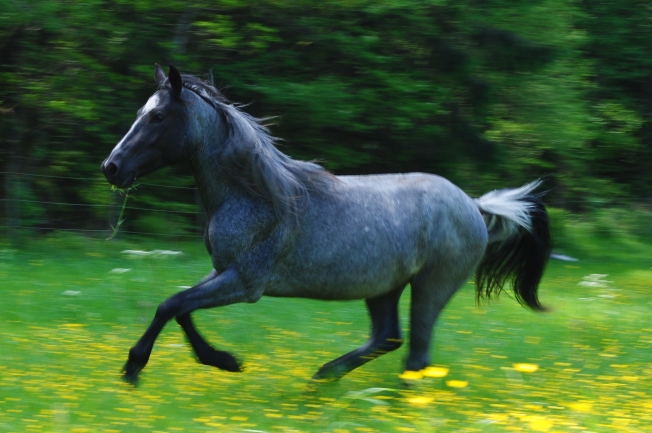 What is the difference between the Nokota® Horse and the North Dakota Badlands Horse? There are two major differences; the horses themselves and the people behind the breed registries and what principles they represent. Since this turned out to be a deeper issue than the title reveals and hence important to get the full picture to understand the life-changing outcome of this text; I beg of your patience in this lengthy blog post.

The two horses have much in common; they both originate from Theodore Roosevelt National Park (TRNP) roaming the south unit of the park situated in the Little Missouri badlands in an area the former president Roosevelt were ranching way back in the eighteen eighties.

In the late nineteen seventies the Nokota® horses caught the attention of two brothers, that need no presentation in this context, but in brief one might say; their knowledge about horses in general is legendary and especially about the horses from TRNP. It is not their horsemanship or riding skills, though they have been very successful in extreme endurance races in the past, it’s not their skills as breeders, though them they selves and their ancestors have been breeding horses since dawn of time, it’s how they connect to horses, how they understand horses as unique living beings and the unconditional self-sacrificing commitment they put into their care of these wild horses. In time a handful of people have joined in on their commitment and gathered around The Nokota® Horse Conservancy since 1999, a nonprofit organization that works on voluntary basis to preserve, promote and educate. Several prominent researchers has thoroughly studied the history and genealogy of the Nokota® Horse as well as recognized the national (and international) importance of preserving the Nokota® Horse breed for future generations. NHC are working to preserve an old breed not to create one. The NHC manage a preservation herd of Nokota® Horses on private leased land and they promote the Nokota® by spreading information about the breed and their relentless work to save an endangered breed. In addition to written information they educate by offering guided pasture tours and clinics where the attendants get a deep insight in the life of the Nokota® during a five-day experience. They have managed to get the State of North Dakota to recognize the Nokota as the official state honorary equine. With strong political support they have managed to accomplish resolution 4011 to make the NPS work to preserve the Nokota® horse breed within the TRNP, which the NPS provocatively answers by removing 50% of the horses from the TRNP this September. They fight on a day-to-day basis against hay prizes and pasture leases to provide for the Nokota Horses, totally dependent on donations and a NHC membership fee from a much too small group of humans like me and hopefully you who read this.

The North Dakota Badlands Horse Registry (NDBHR) is a four-year old congregation of basically two families, formed “back in 2009” as they say themselves. The NDBH is any horse of any breed or mix of breeds that comes out of the TRNP, well-defined and simple enough. NDBHR operate primarily thru Facebook groups and there is very little up to date information about them publicly available elsewhere. Parallel to their own registry they are very active in Nokota Horse groups and formerly also within the NHC promoting a wider acceptance of the Nokota® breed characteristics and that the, as they find, proposed colorful origin of the Nokota® horse is to dim and should not be told. They operate from Minnesota. By fair coincidence the same state a now closed shadow organization to NHC operated trying to run a parallel operation and steal the Nokota name. That is the reason the Nokota is a registered trademark today. The people behind the NDBHR work closely with National Park Service (NPS) which is the federal authority who runs TRNP and they agree with park policy that the park horses are all mixed feral horses of no special genetic background worth preserving. The NPS manages the horses within the national park according to their own rules and The Wild Free-Roaming Horses and Burros Act of 1971 does not apply in TRNP. Their job is to keep the horses within 70-100 animals to make sure that the parks head attractions the elk, the deer and the bison get a fair part of available grazing. The NDBHR founders are kindly helping the NPS by voluntarily monitoring the park horses and keep track of them. For a moderate fee the NDBH organization provides a registry for private owners of horses that has been rounded up and removed from TRNP, and their future offspring. They have no other costs than themselves and do not provide for wild horses, neither by work or financially. In cooperation with the NPS they promote frequent roundups of park horses and auctions as they believe it is a necessary evil they must accept to keep their good relations with NPS. Since it also provides a much welcomed business opportunity for the struggling livestock town of Wishek, as well as it gives everybody all over America the opportunity to come to a popular festivity event and for no other obligation than a wrinkled hundred dollar bill straight out of the pocket, buy and bring home a wild horse to be registered in their new and successful NDBH Registry, it is all for the best. This September 28th 50% of all horses in TRNP will be rounded up by helicopters, removed from the park by trucks on a 200 mile drive to Wishek Livestock auction. NDBHR is looking forward to a successful event, spreading advertising posters and keeping a list of prospects with photos and promoting descriptions, naively trivializing the well-founded doubts raised about the overall ability to provide appropriate safety for the wild horses.

Monitoring and keeping track of the horses in TRNP is an already tax funded task that NPS are responsible for so however admirable the voluntary work done by the NDBHR is, it is per definition without purpose. The NDBHR is also for another reason without purpose since it already is possible to register horses from TRNP in the Nokota® Breed Registry in the Nokota® park cross category. The very existence of the NDBHR is severely contra productive when it comes to preserve and save the TRNP wild horses from extinction, causing great confusion among wild horse enthusiasts and stealing attention and means from the real cause; preserving the Nokota Horse from the North Dakota Badlands.

The Nokota® Horse is a horse that originates from the North Dakota Badlands. The history of the Nokota® Horses is easily available at the NHC web page and there is also a series of blog posts on the subject here on this website. In brief the first wild horses came to the area around 1730. The horses of Spanish Colonial type blended in with later ranch horses of the area, but also with 60 horses from Sitting Bull and his Lakota people that Marquis De Mores acquired at Sitting Bulls Surrender in Fort Buford 1881. Other ranchers like A.C. Huidekoper also made contributions to the breed in the same era. The horses then lived isolated in the Little Missouri Badlands until around 1950 when the TRNP was formed and the horses happened to be caught inside the park unknowingly. The wild horses were considered trespassers not being part of the wild life, leading to a wild persecution of the horses, who then took refuge further and further up in the most remote parts of the park. In modern times TRNP was forced by public opinion to give up their goal to exterminate the horses and accept a so-called demonstration herd within the park, following regular roundups and auctions to keep the numbers appropriately low. Some park employees used proposed reports of seeing signs of inbreeding as an excuse to replace some wild stallions with other breeds like Shire, Arabians, Quarter Horses and BLM Mustangs. This went on as late as in the mid nineteen eighties and it changed the horse population. Some very shy old bloodline horses still remained in the remote parts and occasionally some of them appeared on the auctions.

The Kuntz discovered them as being outstanding horses, well-built and sure-footed, extremely versatile and with strong health, they began using them as endurance race horses, only later finding out about their history and their origin. But it was neither the history nor the horses physical appearance that caught their deepest interest, it was what you can’t see on the outside, it was their personality, their incomparable social intelligence, their language and complicated herd structure that was so unique, shared only in part by other wild horse populations living isolated under similar conditions. They have been working for the survival of these horses ever since, sacrificing everything for the Nokota Horses. 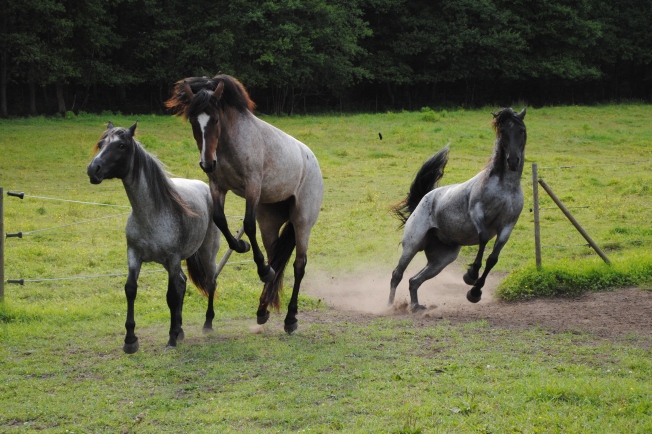 Afterthought, or a lesson to learn

This is my most personal opinion and I am not sure this is the right forum, but I think I have noticed a change in recent years among some young people, as well as among some not as young, that they tend to always refer their opinions relative something or someone else. It can be a useful approach at times I agree, but it is not a very good rule to live your life by. Let me give you a random example in a current topic:

“The removal of the, 110 or so, TRNP horses for the Wishek Livestock Auction next week is a necessary evil, but if we work together to make this a “successful event” we are making the best of it and doing the right thing for our community.” For the individual socially intelligent horse the traumatic experience of being violently separated from home and family, forced into an overcrowded compartment by shouting and waving men, driven far, far away and then sold at an auction to the highest bidder whomever, is beyond bad. What if horses were humans; in what position would that put you?

“Let’s make this a successful event”, these words are cutting like a knife thru the very heart of humanity.

To me a bad thing cannot be done in a good way. A bad thing is not relative at all, it is just absolutely bad. Embracing the lesser of two evils will keep you awake every night for the rest of your life.

If we instead consider doing what’s good, consider this; If no one buys a single horse at the Wishek Livestock auction the NPS will be forced to take the horses back to TRNP and start doing their job the good way.

I promise you; anyone competent enough can write a book of instructions on how to manage wild horses in a national park in a good sustainable way, maybe not easy, but not impossible. To do the same thing in a sustainable bad way, only requires three words; “remove the horses”. NPS is responsible for managing wild horses in TRNP and they are not putting enough brains into it. They have the opportunity and the funds to do something life changing, to be recognized globally, but they are sitting paralyzed in the dark.

In addition to this the NDBHR is confusing the concepts for a less informed public and distracting the well needed help from the individual wild horses that need our help to survive, not because they can’t survive anywhere, but because humanity won’t let them.

Join the Nokota® Circle of life. 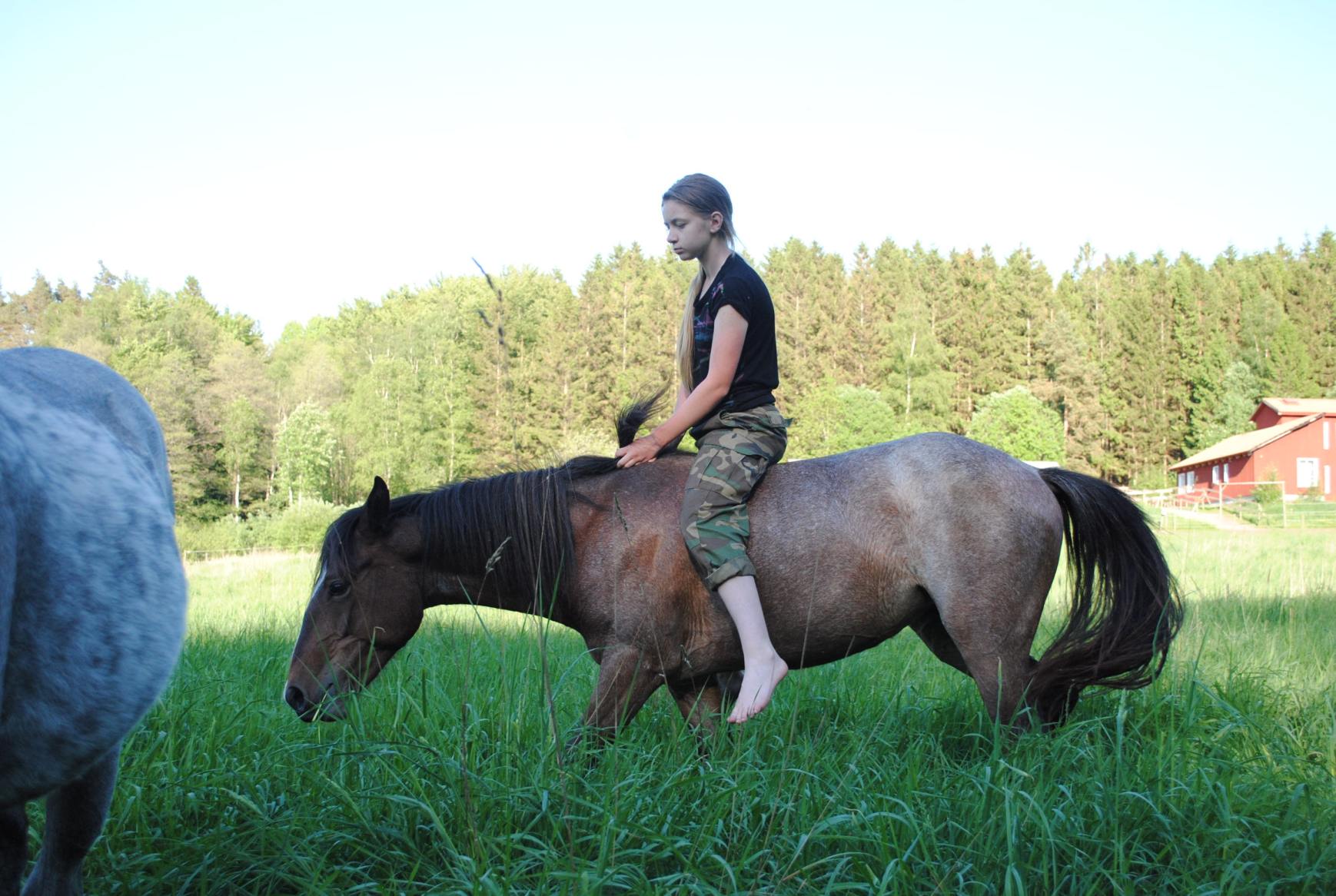