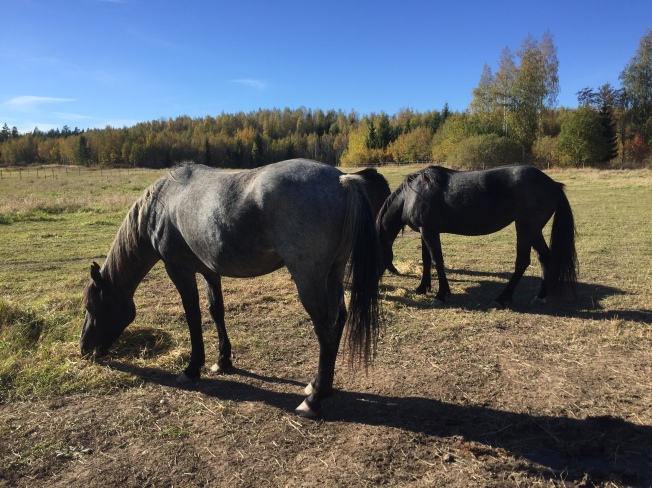 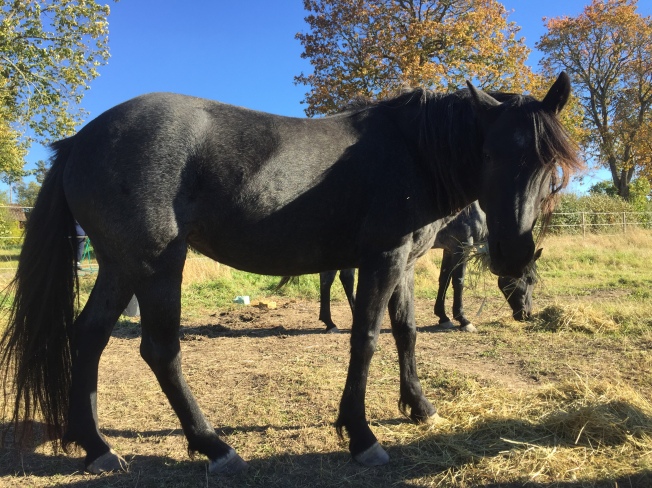 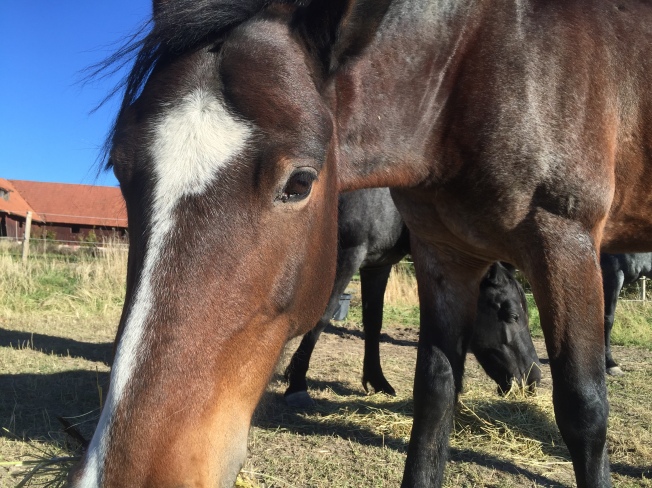 May you all have a nice Valentine’s Day and remember to give the horses an extra hug. We give you this video as our way to remind you about the greatness of horses in general and especially the three Nokotas who share their lives with us, please watch:

And please do stop by at The Nokota Horse Conservancy  to make a donation, the horses need your help to get through the winter.

The latest issue of the Western Horseman magazine encloses the article “Sitting Bulls lost horses?” about the Nokota horses. At some part it is informative to the common reader even if it is full of contradictions and simple errors, but in a lame effort to reflect over contradictory opinions about the Nokota horse history to put the article on an edge, it just gets rude and unbalanced. The writer Ryan T Bell has, either in total lack of serious research or for some unknown reasons, totally missed out on everything worth telling about these wonderful horses.

It all boils down to the connection between the Native American horses and the Nokota horses. The history of the horses is amazingly fascinating and exciting, but the quarrel created by some scorned wannabe cowboys is somewhat tiresome and only makes the common reader confused.
Either the Nokota horses are descendants of Sitting Bulls horses or they are not, there is nothing in between, right? Propose it cannot yet be proven in a court of law, beyond reasonable doubt, that the Nokota horses are descendants of Sitting Bulls horses; it does not prove the opposite either. There is more than one written contemporary evidence that supports the claim that 250 of the horses which roamed the badlands indeed were Sitting Bulls horses, but there is no single evidence of any kind beyond bold talk that proves that every single one of these 250 horses was destroyed before anyone could pass on their genes.
It is therefore logical to state that it is 250 times more probable that the Nokota horses do descend from Sitting Bulls horses at some extent than that they do not. I would not go as far as to state that it makes the skeptics 250 times less intelligent, but it is tempting to make such an analogy. Whether the truth is black, white or rather grey; the Nokota horse dresses well in all of them.
So instead of doing the right thing, by telling the readers about the great American wild horse from the northern plains who so trustfully, in spite of more than a century of persecution, puts its faith in us humans, the writer Ryan T Bell is picking on the only people brave enough to stand between the Nokota horses and their extinction.